With the exception of the WEB, all popular Bibles seem to say LORD instead of God’s name (which some people contend is Yahweh, others contend is Jehovah) thousands of times in the OT. But is the ineffable name doctrine biblical? I don’t think so.

Here’s a short article on it. 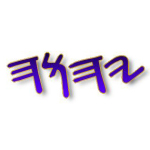 Did Yahushua the messiah in fact commit blasphemy, an alleged scriptural crime whereby he was convicted and sentenced to death by the religious leaders of Judaea? Was there actually any scriptural …

Jesus said to him, “You have said so. But I tell you, from now on you will see the Son of Man seated at the right hand of Power and coming on the clouds of heaven.”

When Jesus is quoted here as saying “Power”, perhaps he actually said the divine name. What do you think?

When Jesus is quoted here as saying “Power”, perhaps he actually said the divine name. What do you think?

Didn’t he normally say “My Father” and they claimed that was blasphemy because he claimed God was his Father.

True, but keep in mind that things may have been tweaked from the autographs to the manuscripts we have today out of propriety. John 10:25 WEB says

Jesus answered them, "I told you, and you don’t believe. The works that I do in my Father’s name, these testify about me.