Hi Folks, I was wondering how you interpret this passage in a non-penal substitution manner. I don’t believe in PSA, but I think this passage is a great stumbling block for those who were trained in that mindset. I tend to think Jesus either took the consequences of our sin in his body (nails, piercing), or metaphorically took up our sin in the way that he took away our sickness in Matthew 8 which also refers to Isaiah 53. Or maybe that he took upon him our sinful humanity so that he could crucify it. John Goldingay my Isaiah teacher in seminary, viewed Isaiah as a peace offering offered by Jesus on our behalf so that our forgiveness wouldn’t be cheap. His view is not penal, but still substitutionary. What are your thoughts?

I love the NET’s translation of Isaiah:

53 Who would have believed what we just heard?

When was the Lord’s power revealed through him?

he had no stately form or majesty that might catch our attention,

no special appearance that we should want to follow him.

3 He was despised and rejected by people,

one who experienced pain and was acquainted with illness;

people hid their faces from him;

he was despised, and we considered him insignificant.

4 But he lifted up our illnesses,

he carried our pain;

even though we thought he was being punished,

attacked by God, and afflicted for something he had done.

5 He was wounded because of our rebellious deeds,

crushed because of our sins;

he endured punishment that made us well;

because of his wounds we have been healed.

each of us had strayed off on his own path,

but the Lord caused the sin of all of us to attack him.

Well, before others chime.in…let’s see what Got Questions, has to say: 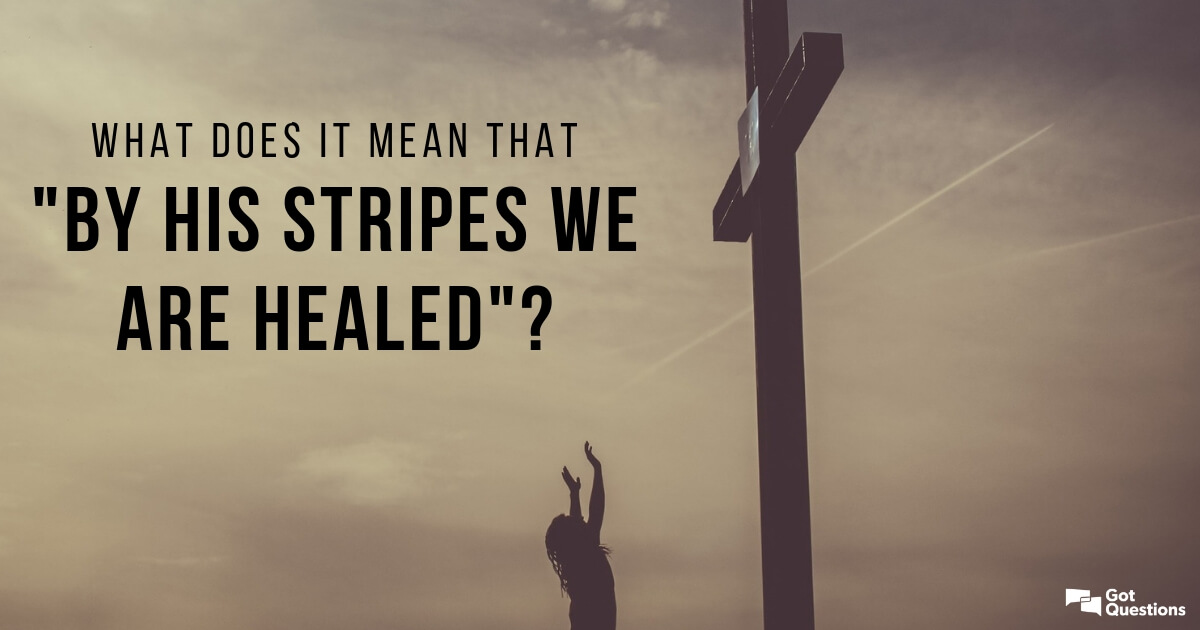 What does it mean that “by His stripes we are healed”? | GotQuestions.org

What does it mean that “by His stripes we are healed”? How are we healed by the stripes Jesus received before His crucifixion?

He himself bore our sins in his body on the tree, that we might die to sin and live to righteousness. By his wounds you have been healed.

Not penal substitution—not at all.

He bore (withstood) the sins of humanity—of those who were responsible for His death. Why? Because His death enabled us to “die to sin, and to live to righteousness.” By his wounds (or death) we have been healed of our sin sickness.

The idea that he withstood our sins is really interesting. I definitely see some of that language in Isaiah. When it says in Peter that he bore our sins in his body, I wonder if he is talking talking about the pain and wounds inflicted?

When it says in Peter that he bore our sins in his body, I wonder if he is talking talking about the pain and wounds inflicted?

That is precisely the position that I tried to express in the first sentence of my post above.