A Calvinist interviews an Orthodox

This answered many of my questions. Very interesting.

As long as you keep your priorities!!

A Calvinist questions an Orthodox… Hmmm

That’s the key. Have an open mind. That’s the key, for true scientific research. I used it, when exploring things like Native American spirituality, healing, complementary medicine, zombies, contemplative methods, languages, etc. And I learned a lot, in the process. However, I’m also open to listening to - “closed-minded, super-geniuses”.

Dave, it’s more than “actually entertaining”. The journey Frank Schaeffer walked and related resonates with me to a remarkable extent. He is honest, frank, and sincere. It is only a couple of years since I started out on a similar path of thought and I am encouraged by the fact that I am not alone.

Thanks for posting it.

Thank you Dave. A very interesting discussion. I only wish Frank was in my room so that I could ask him the many more questions still unanswered.

John - me too. I’m tempted to try the library for his book that was mentioned a few times. Maybe more answers in there.
What would you like to ask him?

The other point I like, is when the Calvinist moderator asks: “what about Protestant Christians?”. He says something to the effect, that it’s a relationship between the heart and God. And for me, that extends to other faith traditions - via Christ. Like this conservative, Calvinist theologian discusses:

So, I guess I can be traditionally Orthodox, like the original video shows. But partake in other mystical, contemplative traditions - as this video talks about.

Particularly about orthodox traditions and beliefs which seem to have encroached into their church after the first century and are possibly based on fictitious fables.
e.g. Mariology in general -perpetual virginity and the assumption of Mary in particular, praying to dead saints, iconography and the importance of relics etc. I can see no evidence for this sort of practice from scripture and I also imagine it was not practised in the first century.
So, I suppose I’m saying that whilst there may be merit in having a single ‘organisation’ which can be traced back to ancient times, this does not preclude the gradual evolution and inclusion of various ‘heretical’ (ie erroneous) practices and beliefs.
What do you think?

After all, the bishop of Rome and the Roman tradition was ‘orthodox’ until the great schism and it has its lineage back to ancient times but that did not exempt the Roman Church from introducing heresies into their system so why should the Eastern Orthodox be exempt from similar?

You may be right. I don’t know. I’ll be doing more reading that perhaps will address these things.
I don’t expect doctrinal or practical purity from any church, of course; I’m sure none of us do. The draw to Orthodoxy for me is not its infallibility, not even its longevity, but more the overall ‘lifestyle’ and its emphasis on spirituality as opposed to mental gymnastics; the rituals which are a visual acting-out of doctrinal truths; the emphasis on hesychasm, the Jesus prayer, the accomplishments of and veneration for the saints; and, to use a misunderstood word - mysticism. And no rock bands playing in the church and calling that ‘high’ the ‘presence of God’.
Of course, his delineation of Protestantism is still, I think, mostly valid; at least it resonated with the experiences I have had and the people I hung around with.

When I explored different contemplative and prayer traditions…whether Buddhist, Native American, Christian, Yogic or healing…the originally passed down oral traditions, throughout the centuries…the ONLY way for you, to determine if they are true or not - is to practice them. Same goes for the Orthodox tradition, whether Eastern Orthodox or Eastern Catholic. So compare and contract.

Now to give you some insight. REAL Native Americans, don’t charge for the ceremony. Neither does the meditation group Heartfulness. Or the healing and purification groups, Bruno Gröning, Suyko Marakari; Johrei. New Age wannabes, charge an arm and a leg.

Now both the Roman Catholic and Eastern Orthodox traditions, have mystical stories. Like their saints appearing in two places at once. But I was at the Theosofest last week (sponsored by the Theosophical Society, of which I am a member). And I talked with a speaker Quentin Young, who is the author on Black Elks visions. Well, Quentin is Lakota and I’ll been in his lodges for years. But in his talk, he mentioned a teacher of his - Fast Horse. And Quentin personally witnessed Fast Horse, be in two places at once.

Today I was at, the Quest book store (part of the Theosophical Society). I picked up this book: 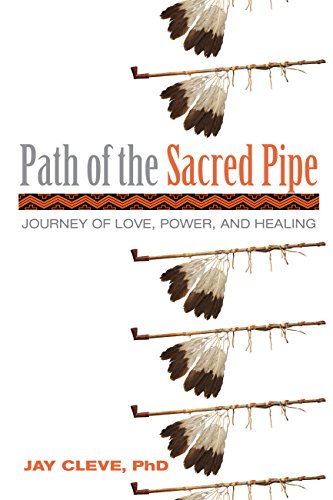 Path of the Sacred Pipe: Journey of Love, Power, and Healing

How do I know it’s true? Well, it’s published by the Theosophical Society. And I trust them, to do their due diligence. But more importantly, the author studied with Ojibway and Lakota elders. Well, I will know if the content is true - or not. Since I studied with Ojibway, Lakota and Ute elders.

Discover and find, the truth for yourself. 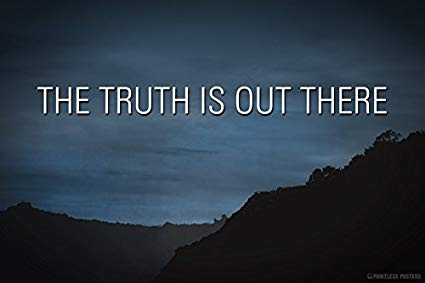 I think most Protestants would part ways with Orthodox on the following, but I find it appealing.

CHAPTER FIFTEEN: Spiritual Synergy We receive salvation by grace and as a divine gift of the Spirit. But to attain the full measure of virtue we need also to possess faith and love, and to struggle to exercise our free will with integrity. In this manner we inherit eternal life as a consequence of both grace and justice. We do not reach the final stage of spiritual maturity through divine power and grace alone, without ourselves making any effort; but neither on the other hand do we attain the final measure of freedom and purity as a result of our own diligence and strength alone, apart from any divine assistance. If the Lord does not build the house, it is said, and protect the city, in vain does the watchman keep awake, and in vain do the laborer and builder work (Ps. 127:14). —St. Macarius

I have no objection to it and although I agree that most protestant ‘leaders’ would take issue. I think that in practical ways, all protestants realise that their theology encompasses these ideas. We are good at quoting the likes of ‘By grace are ye saved…not of works…’ and yet sermon after sermon also impresses the imperative of our duty as an essential commodity.

As an aside, a couple of years ago I attended a coptic service at a local Anathasian monastery. The monks were wonderful and the service VERY different to anything I had experienced (although the constant clanging cymbal did remind me of the worst tambourine playing I had ever heard at an Sally Army Citadel).
Anyway, months later this monk came to the local library to give a talk about the orthodox faith. At question time I asked whether he would allow a christian from another tradition to partake in communion. He was very diplomatic but the answer was no. To me, that implies that they do not regard others as members of the body of Christ. A shame, but not unexpected nor unusual I suppose.

Good story. I know that in many Reformed churches a non-member is denied communion even though claiming to be Christian. The church I attended was an example of that.

I know that in many Reformed churches a non-member is denied communion even though claiming to be Christian.

Don’t be too harsh, Dave. The reason for “vetting” a would-be communicant in the vast majority of Reformed churches is believed to be for the person’s own good, i.e. so that he would not be guilty of ‘not discerning the Lord’s body’ (I Cor 11:29). That’s not a bad motive, nor unreasonable, imho.