A reference for those that care to actually understand the doctrine of God as presented. In the future I don’t want to have to deflect jokes, wiki soundbites, caricatures by those who really have not even read the source material, and yet think they know, usually with a sneer, what 'unitarianism". This is what it is:

Quote
In the first place, we believe in the doctrine of God’s UNITY, or that there is one God, and one only. To this truth we give infinite importance, and we feel ourselves bound to take heed, lest any man spoil us of it by vain philosophy. The proposition, that there is one God, seems to us exceedingly plain. We understand by it, that there is one being, one mind, one person, one intelligent agent, and one only, to whom underived and infinite perfection and dominion belong. We conceive, that these words could have conveyed no other meaning to the simple and uncultivated people who were set apart to be the depositaries of this great truth, and who were utterly incapable of understanding those hair- breadth distinctions between being and person, which the sagacity of later ages has discovered. We find no intimation, that this language was to be taken in an unusual sense, or that God’s unity was a quite different thing from the oneness of other intelligent beings.

We have another difficulty. Christianity, it must be remembered, was planted and grew up amidst sharp-sighted enemies, who overlooked no objectionable part of the system, and who must have fastened with great earnestness on a doctrine involving such apparent contradictions as the Trinity. We cannot conceive an opinion, against which the Jews, who prided themselves on an adherence to God’s unity, would have raised an equal clamor. Now, how happens it, that in the apostolic writings, which relate so much to objections against Christianity, and to the controversies which grew out of this religion, not one word is said, implying that objections were brought against the Gospel from the doctrine of the Trinity, not one word is uttered in its defence and explanation, not a word to rescue it from reproach and mistake? This argument has almost the force of demonstration. We are persuaded, that had three divine persons been announced by the first preachers of Christianity, all equal, and all infinite, one of whom was the very Jesus who had lately died on a cross, this peculiarity of Christianity would have almost absorbed every other, and the great labor of the Apostles would have been to repel the continual assaults, which it would have awakened. But the fact is, that not a whisper of objection to Christianity, on that account, reaches our ears from the apostolic age. In the Epistles we see not a trace of controversy called forth by the Trinity.

HOW ABOUT THE UNITY OF JESUS??

Has anyone had the time - 20 minutes or so - to read this. I need to get some feedback. Can you show me which of his points are wrong?

Just a hint Dave, and no I haven’t read the above article yet, but it would be way more reader-friendly if you could spend some time to cut and paste any lengthy articles into a word document and then adjust everything into readable shortish paragraphs — it’s one reason I try to keep my own posts to brief paragraphs so they’re readable.

Just looking at that post above turns me right off from reading it because it is so crammed and hard on the eyes… no doubt there’s some good stuff in there. Just a thought.

Thanks, no doubt you’re right.

In order to help this thread along…let me share some Unitarian jokes from:

P.S. These jokes come from a Canadian, Unitarian church website.

Q: How many Unitarians does it take to change a light bulb?
A: We choose not to make a statement either in favour of or against the need for a light bulb. However, if in your own journey, you have found that light bulbs work for you, that is wonderful. You are invited to write a poem or compose a modern dance about your personal relationship with your light bulb. Present it next month at our annual Light Bulb Sunday Service, in which we will explore a number of light bulb traditions, including incandescent, fluorescent, 3-way, long-life, and tinted, all of which are equally valid paths to luminescence.

The children in a UU church school class were drawing pictures. The teacher asked one, “What are you drawing a picture of?”

“I’m drawing a picture of God,” was the reply.

“But nobody knows what God looks like,” objected the teacher.

A Unitarian Universalist died, and to his surprise discovered that there was indeed an afterlife. The angel in charge of these things told him, “Because you were an unbeliever and a doubter and a skeptic, you will be sent to Hell for all eternity—which, in your case, consists of a place where no one will disagree with you ever again!”

A traveler couldn’t find the local Unitarian Universalist church. After looking in the centre of town, in the suburbs, and out in the surrounding countryside. the traveler asked a farmer “Am I too far out for the UU church?” The farmer’s reply: “Nobody is too far out for them.”

A visitor to a Unitarian Universalist church sat through the sermon with growing incredulity at the heretical ideas being spouted. After the sermon a UU asked the visitor, “So how did you like it?”

“I can’t believe half the things that minister said!” sputtered the visitor in outrage.

A Unitarian Universalist dies, and on the way to the after-life encounters a fork in the road. The left path has a sign “To Heaven” and the right has a sign “To a Discussion about Heaven” Without pausing, the UU turns right.

You looked on Wiki? When I provided the actual source? THAT’s why I posted the source - because of things like Wiki. Geez.
At least Randy read it before poking fun at that belief - right, Randy?

Right. Those 20 minutes were better spent reading Randy’s thread-killing post.
Hey, just don’t criticize what you won’t take a few minutes to understand, or think a wiki solves a problem.

And I’ll bet you say the same thing…for the humorous elements, William Shakespeare inserts into his tragedies! Or anything those of EO / EC Holy Foolery, have to say!

Dave, I promise I will read the whole thing if you can affirm that R**** has read every word. In any case, as you know, I am a slow reader possessing a short attention span so it may take me a month or two, i.e. a tad longer than 20 minutes.

Norm - hahahaha - if/when you do read it - and it is interesting - feedback is good. If there’s a weakness or error you spot please let me know.
Readers should be aware that Norm visited me and my wife last month, so we have a pretty good fix on what’s what. Heckuva good fellow even if he lies about his reading speed!!

Dave, I promise I will read the whole thing if you can affirm that R**** has read every word.

I normally read summaries and Reader’s Digest synopsis. Or Got Questions take on things…which is normally a Biblical summary.

But I did find a take, by a Catholic writer!

The Unitarian Example: A Cautionary Tale

If you’re happy with that, good for ya! You’re still better off reading the source and taking a little time. Soundbites - and biased cautionary tales - are all second hand. People will read the cautionary tale and think - oh I get it.
No, you don’t. You cannot ‘get it’ without reading the source material. 20 minutes reading, take your time and weigh the arguments. You’ll never have to do it again, and if anyone starts laying out their cautions YOU will know if they know what they are talking about.
Or don’t. Up to you, after all. Just don’t nag me about universalism until you (whoever You may be!)know what it is you are talking about, by having at least taken a few minutes to understand it.

Actually, Dave…After I finished college and a Peace Corp tour…I explored some different churches. I did spend a few weeks, attending a Unitarian church. And the Indian female teachers Amma and Karunamayi, come visit my area - during the summer. And I go hang out with them. Well, one of my college friends - follows an Eastern path…and he goes and hangs out with them. In catching up with him - via conversations…he now attends a Unitarian church. So I did get up to speed on them - last year.

Really? But you have not taken time to study it from the master? Ok. It’s up to you, though I can guarantee you have not arrived at the sharp end of the spear until you read the SOURCE. Just sayin’

it is so crammed and hard on the eyes

Ok I formatted the first portion. If anyone gets that far, I can guarantee pretty much that they will go on to read the rest on their own; however, since work is a good thing, I will try to format the rest as well, just for me if need be. Helps sharpen the mind!

I did find these “objective” summaries! 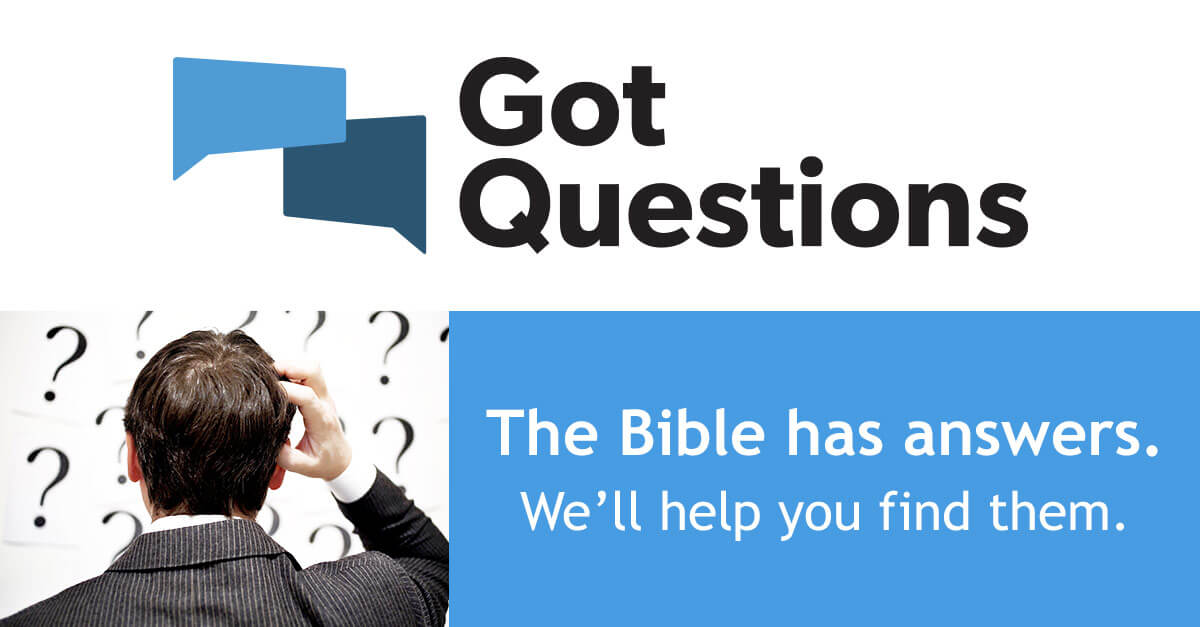 What is Unitarian Universalism?

What is Biblical Unitarianism?

Easier than reading the actual material, isn’t it? Go for it dude! Just don’t get in my way until you’ve got more than bytes And don’t flaunt trinitarian belief until you’ve read something reasonable that points out the weaknesses. Which your creeds do not address.
Hey the material is for reading and discussion - I don’t think you really want to be on this thread, do you? Ignoring the whole POINT of the thread?

Hey the material is for reading and discussion - I don’t think you really want to be on this thread, do you? Ignoring the whole POINT of the thread?

Normally threads involve “point” and “counter point”. But usually - for everyone’s benefit - I provide articles from Got Questions…to expand on definitions…It’s up to folks here, to agree - or disagree - with their commentary.

I know you do good things, Randy, and have benefitted from your posts as well on many occasions. I do in fact respect your journey.
I do sound like a real jackass at times, but it is sometimes the only way to get a focus on.
However I’m just asking us to follow the spirit of -“please read this and THEN comment.” That’s the only reason I opened the thread.
Why would anyone comment if they don’t read it? How CAN it be countered without first being understood? That all I’m asking.

However I’m just asking us to follow the spirit of -“please read this and THEN comment.” That’s the only reason I opened the thread.
Why would anyone comment if they don’t read it? How CAN it be countered without first being understood? That all I’m asking.

It there a URL web link, with this article? It might be more readable. Just wondering!