A strange take on women's hair in church

# Head Coverings in Worship: Why Female Hair Is a Testicle 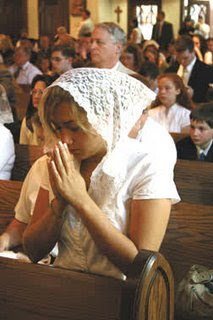 One of the joys of being friends with bible scholars is the stuff they share with you to explore. Recently, my colleague Trevor Thompson, who is a New Testament scholar here at ACU, shared with me some of the work of another NT scholar, Troy Martin, who is a friend of Trevor’s. One of Martin’s areas of expertise is using ancient medical texts to illuminate NT passages, particularly passages that seem confusing to us. In various studies Martin makes the observation that some of these confusions stem from the fact that we don’t share the same medical understandings of the NT writers and their audiences. When ancient medical terms or ideas are used we often miss the meaning.

This passage has caused a lot of head scratching. In this text Paul makes an argument about women needing a head covering during worship. But what is strange is that after making this argument Paul seems to undercut and contradict himself. Specifically, in vv. 5-6 Paul makes the argument that a woman should wear a covering to cover her hair during worship. Not doing so would be a “disgrace” (NIV).

So far so good. But a few verses later Paul makes an argument from nature that seems to contradict what he has just argued, that a woman’s hair is a “disgrace” if uncovered. The perplexing text is v. 15:

…but that if a woman has long hair, it is her glory? For long hair is given to her as a covering.
You can see the problem. In vv. 5-6 the woman’s hair needs a covering to avoid disgrace . But in v. 15 a woman’s hair is its own covering and her glory . What’s the deal? Is a woman’s exposed hair disgraceful or a glory? Does a woman need to cover her hair or is her hair its own covering?

This is one of those passages where Martin argues that a proper understanding of ancient medicine, in this case reproductive medicine, can help resolve the apparent paradox. Specifically, in an article Martin published ( Journal of Biblical Literature , 123/1, 2004, 75-84) he argues that the root of the interpretive paradox has to do with the proper interpretation of the word “covering” in v. 15.

The word rendered “covering” in v. 15 is peribolaiou . Peribolaiou can refer to an outer garment and given the discussions about covering up in this text most translators have gone with this meaning. However, Martin points out that in the ancient world peribolaiou had a wider range of meanings.

Specifically, peribolaiou could refer to testicles. Which raises a question about the connection in the text with women’s hair. Why is Paul talking about reproductive anatomy in a discussion about hair?

According to Martin, it has to do with how the ancients understood where sperm was stored and how hair aided the movement of sperm through the body.

The idea is roughly as follows. A woman has a lot of hair on her head so that, when sperm enters her body during intercourse, the hair can suck the sperm upward and into her body. For the man the goal is to pull the sperm down and out of the body. The testicles were believed to be “weights” that helped exert this downward pull.

What all this means is that, according to the ancients, the hair was a part of reproductive anatomy, with the female’s hair functioning as the analog of the male’s testicles. The testicles in the male pull semen down and out and the hair of the female pulls the semen up and in.

This is one reason why Paul considers long hair on a man to be problematic. If a man grows his hair long he’ll be unable to eject semen as his long hair will exert too much suction upward. (Insert funny and inappropriate joke about my own long hair.) A similar line of argument goes for females with short hair.

And all this explains what Paul is saying in 1 Cor. 11.15. Paul’s argument is that a woman’s long hair is proper to her nature. Why? Well, just as a man has testicles so a woman has long hair. The proper reading of v. 15b is this: “For long hair is given to her as a testicle.”

And if a woman’s long hair is sort of like a testicle then of course you’d want to keep that covered up during the worship service.

All of which brings us to the issue regarding if today’s women should continue to keep their hair/testicles covered in Christian worship. At the end of the paper Martin concludes:

Informed by this tradition, Paul appropriately instructs women in the service of God to cover their hair since it is part of the female genitalia. According to Paul’s argument, women may pray or prophesy in public worship along with men but only when both are decently attired. Even though no contemporary person would agree with the physiological conceptions informing Paul’s argument from nature for the veiling of women, everyone would agree with his conclusion prohibiting the display of genitalia in public worship. Since the physiological conceptions of the body have changed, however, no physiological reason remains for continuing the practice of covering women’s heads in public worship, and many Christian communities reasonably abandon this practice.

So that’s why Alida didn’t want to wear a hat to church! Growing up, her father had insisted that she wore one, based on Paul’s injunction. Not long after we married, she started refusing to wear one, being of a rebellious nature and completely ignoring Paul’s other injunction to submit to her husband.

I was quite upset by her recalcitrance, not because I feared she might lose her salvation as a result, but because I thought she looked absolutely stunning in a hat, which she did. No woman could wear a hat like she did!

Little did I know that she must have been instinctively aware of the relationship between long hair and reproduction. No doubt her disobedience was responsible, in part, for her bearing me nine children. What a woman! How I miss her!

Bizarre! If the Bible is inerrant and its writers thought that hair was related to reproduction, then that means they must be right since God inspired them and so head coverings must still be worn.

I wonder how many children @Paidion has?

Are you asking how many children I have? And how does that relate to women covering their heads when they pray or prophesy?

Hi Paidion - you are blessed with children and I hope that God is blessing them too.
The article was suggesting that the ancients thought long hair sucked semen up into the body, hence it is helpful for women to have long hair - but not men (men needed the weight of testicles to draw their semen down from their head to their genitals). I couldn’t help seeing some humour in this crazy notion and thought the logic would follow that men with a lot of hair on their heads would have more difficulty procreating. You came to mind as the most hirsute male on the forum and I am delighted that you have demonstrated the fallacy of this ancient concept. No disrespect intended.

No problem, Pilgrim. I didn’t take your words as being disrespectful. I just didn’t understand them.
When Paul instructed Christian sisters to cover their heads in 1 Corinthians 11, he was not speaking of their hair; he was speaking of a covering for their head, probably with a head scarf of some sort. (It as assumed she would already have long hair.)

Now I commend you because you remember me in everything and maintain the traditions even as I delivered them to you. But I want you to understand that the head of every man is Christ, the head of a wife is her husband, and the head of Christ is God. Every man who prays or prophesies with his head covered dishonors his head, but every wife who prays or prophesies with her head uncovered dishonors her head, since it is the same as if her head were shaven. For if a wife will not cover her head, then she should cut her hair short. But since it is disgraceful for a wife to cut off her hair or shave her head, let her cover her head. (1 Corinthians 11:2-6 ESV)

True, Paul concluded his discourse with the words:

But clearly that is a different issue, for he would not have been so intent on instructing sisters to cover their heads, if they were already covered because of their long hair.

Actually Paul concluded with verse 16:
If anyone is inclined to be contentious, we have no such practice, nor do the churches of God.