Dale Tuggy has posted a 'letter from Jesus to His followers" that I think you will enjoy, whether you agree with him (Dale) or not. Provocative. @Paidion will like it, I think.
Give the link a moment to load - the screen will reload a couple of times and then settle down. It’s connecting to Dropbox.

Provocative in my tradition! But given the best historical evidence one wonders if this does not reflect Jesus’ own outlook. It is striking that N.T. Wright agrues (after protecting himself by saying that he’s a Trinitarian who affirms Jesus is God) that Jesus never had any conscious thought that he was God.

I’ve never studied Unitarianism. Michael Servetus was burned at the stake for believing it. But I should read more about it, even with some degree of skepticism.

I noticed that Tuggy made reference to John 1: 1-3 without attempting to comment on what John wrote. Does he address that text anywhere else in his commentaries?

Does he address that text anywhere else in his commentaries?

He does. Also, in that letter - he addresses it. As in this snippet:

I wasn’t around back then. I had not yet been conceived! Yes, as my friend John
wrote, there was something in the beginning which was with God and which was God, and it was through this that God made all things. Of course I’m talking about God’s word, or in other
words, his wisdom. It was that wisdom which much later as it were came down to earth and
was available in my teaching and in my example. Of course, in Paul’s terminology, I am a sort
of creator, but my handiwork is the new creation, the new order, the new ages.

I have a lot of info on those verses if you decide to pursue it!

The OP was a link to Dale Tuggy’s ‘letter’ from Jesus.
Dale pursues theological issues in an interesting manner.
What do you think of this statement of his:
“Being divine entails being perfect in power, knowledge, goodness, and independence”?

The crux is whether, if Jesus were ‘divine’ in the above sense, he could have been ‘tempted’ or not - real temptation - as we are. In other words, was Satan just teasing Jesus, or did Jesus feel tempted, like as we are?

He presents an inconsistent triad of claims – claims such that if any two are true, then the remaining one is false. 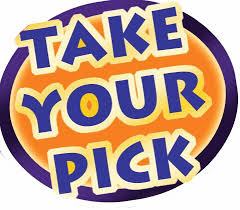 "I (Dale) deny the first . I hold the second to be a clear and non-negotiable New Testament teaching. And the third seems evident, given that being divine entails being perfect in power, knowledge, goodness, and independence. But the first isn’t actually supported by the New Testament, contrary to a load of dodgy traditional arguments. Thus, we should deny the first.

Dr. Pawl ( Dale’s guest speaker) would say that Church tradition requires the first two, so the third should be denied."

What say you? Which of those should be denied, and why?

Sorry. Not inclined to respond to this. Not today, maybe never.

I’ll be spending my time this p.m. in a dentist’s chair. It’s not going to be fun. Now, that is a statement that is undeniable.

We’re ‘pulling’ for you, Norm! No need to feel down in the mouth about it!