anyway - I raise some points about Joe’s past behavior, and like Lefties (I don’t think you are one) you change the topic to Trump, using the “EVER”?? - just like the BBC!!

No, I’m not a lefty - whatever that is. I value things that Eastern Orthodox, Roman Catholics, and Republicans value - like their abortion positions. But I’m all for some things that Democrats value, like a universal health care system. But I disagree with other things, like transgender bathrooms.

Anyway, Trump gives the BBC and me - Food for fodder. And it’s part of my job description, as an ‘aspiring’ Holy Fool. 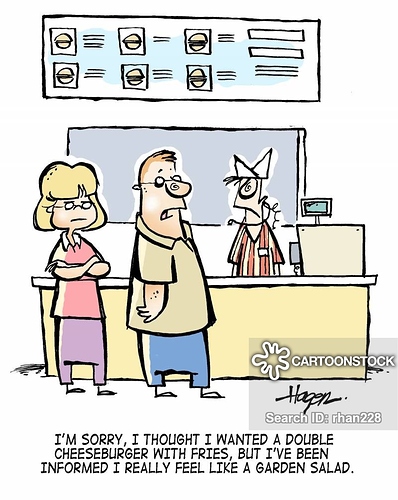 As an aside, I did look into past issues of World Weekly News. They also spin Trump, in a different light. For example: 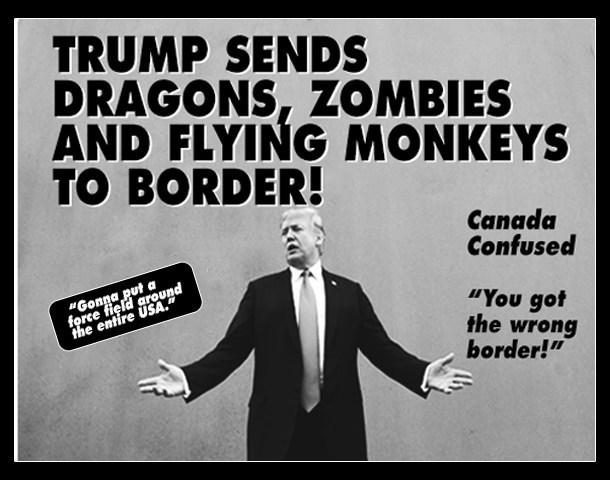 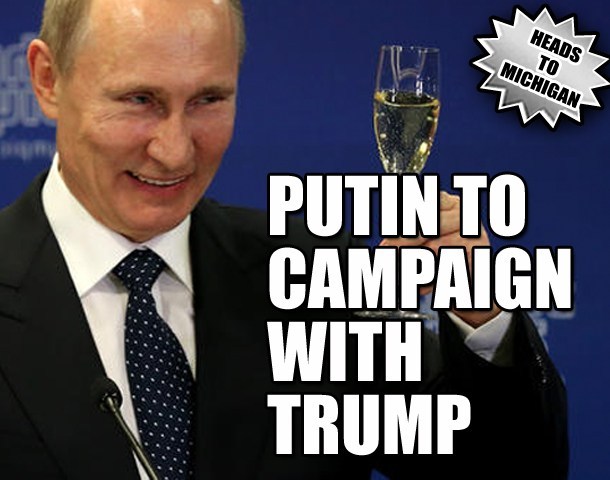 October Surprise! Vladimir Putin will be campaigning with Donald Trump in the final days before the November 8th election. 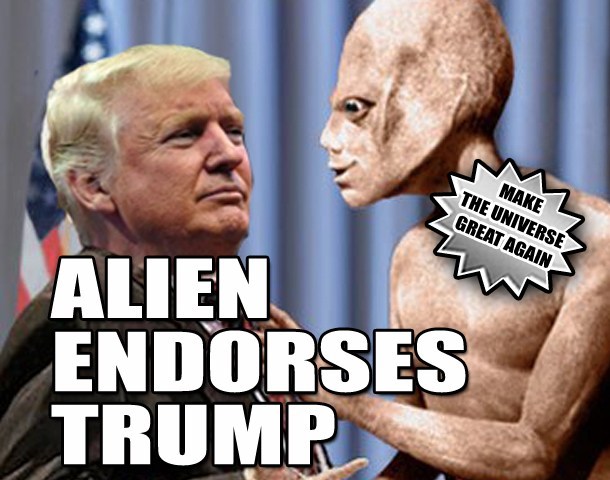 Donald J. Trump has received his biggest endorsement of the election year. From an illegal Alien!

As I posted elsewhere - “Elsewhere, I posted an article describing the on-the-record racist statements of Joe Biden, throughout his career. The response I got was like this: “Well Joe has apologized for his latest gaffe. What the REAL issue is - when has Trump EVER apologized for anything?” So - we will overlook what should be a huge issue, an eye-opener, an OMG moment of a man running for a powerful position - and ask an irrelevant question about Trump instead.”

Well, Biden apologizes. Come to think of it, when have we EVER seen president Trump apologize for anything ?

Exactly, all politicians say and do foolish things, but having an ego that’s unusually unable to ever acknowledge that he has erred, or done anything needing forgiveness, seems the biggest risk.

P.S. And what Bidden said was awful! I’m just glad that he can at least recognize that.

The response I got was: “Biden has apologized for his gaffe… and then ask an irrelevant question about Trump.”

In the midst of a head to head political contest between Biden and Trump, when you lodge a partisan criticism of one side’s awful words, it seems naïve to demand no comparison be raised between these opponents, and how they handle their own crazy statements or deeds, as if comparisons are irrelevant.

My perception is that most participants here acknowledge faults in the Dem candidate’s statements, but when Trump says something abysmal, and never even apologizes for it, the majority here totally fails to acknowledge he does it, and most typically defend whatever he says. I suspect most Americans, just like Randy, are not blind to that double standard.

I suspect most Americans, just like Randy, are not blind to that double standard.

I second that motion. Americans are not stupid, for the most part. The main problem with Biden (other than he’s NOT Mike Bloomberg), is his age. Folks will be looking to whom, he picks as a female VP. It is very possible, if Biden wins - the VP might have to take over. So far, Trump (for all his faults) - is the better choice in Nov. But that could change if he screws up on either COVID-19 or the economy.

And I dedicate this AARP video, to President Trump. 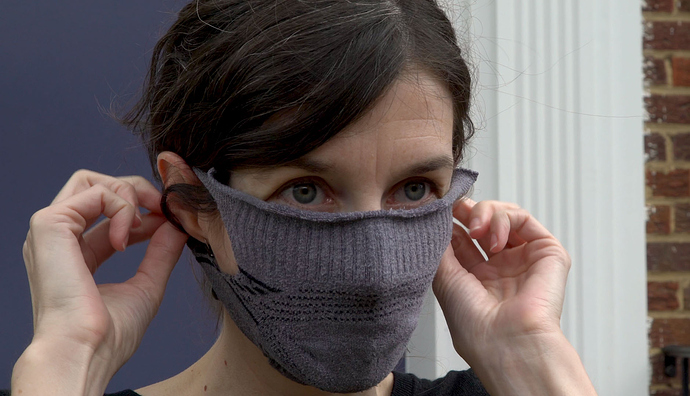 Step by Step Guide to Making a Sock Face Mask

During the coronavirus pandemic face masks are essential. Discover how a do-it-yourself face mask can be made using a sock and a pair of scissors.

And from Patheos’ Evangelical newsletter. 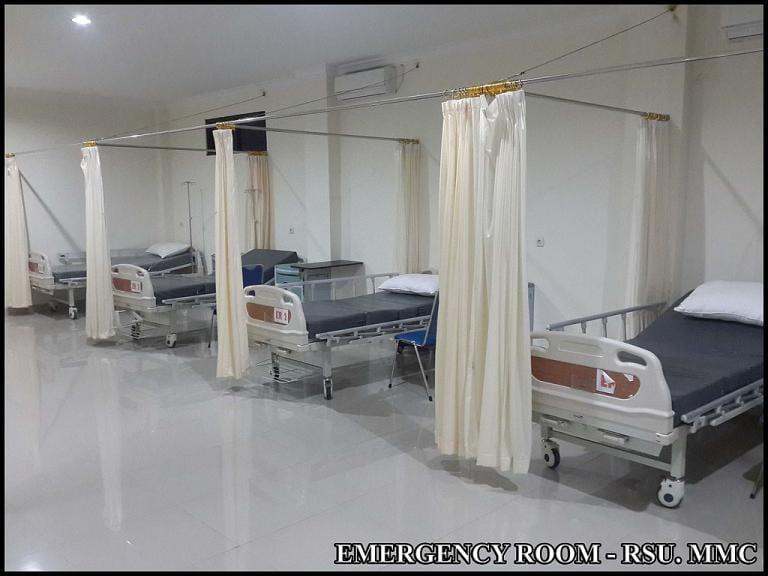 In the early days of the COVID-19 epidemic, officials, worried about an overwhelmed health care system, urged the public to stay away from health care facilities unless absolutely necessary. Now emergency room visits are down as much as 50%. Fewer...

I’m basically just trying to point out the following:
Democrats MADE UP ‘crimes’ against Trump , with NO evidence, and we have that on record. This went on for 3 years, and they are threatening another impeachment effort.

Biden has a long record of racist, condescending dissing of black folk. Does your BBC, CNN or other alphabets report that for 3 years? This imo disqualifies the man from running - but he’s the front runner.

You’re basically just repeating your three year mantra asserting that no one can dispute that Democrats do everything wrong, and are unusually racist toward black folk, but every critique of Trump is only imaginary. I agree, “Something’s rotten here.”

You’re basically just repeating your three year mantra asserting that no one can dispute that Democrats do everything wrong, and are unusually racist toward black folk, but every critique of Trump is only imaginary. I agree, “Something’s rotten here.”

Bob talking to Dave. Or to summarize this, in simple terms.

Watch Frankenstein now. He can teach us, how to do this. 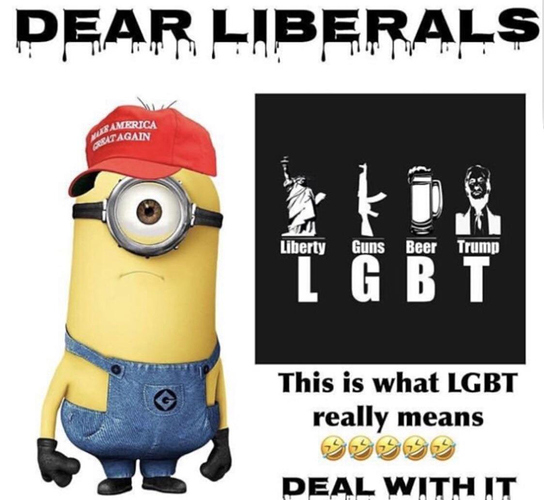 “Leftists deem liquor stores, lottery vendors, and abortion providers “essential services.” They are indeed essential to the destructive leftist agenda: to keep people drunk and stupefied, economically illiterate, and addicted to sex so that they may be more easily controlled. The Orange Man punches back effectively, which is one of a hundred reasons why we support him and will vote for him over Biden, the Dementocrats’ flim-flam man. “Come on, maaan, you ain’t no black dude if you be votin’ for Trump!” (That’s a sense-preserving paraphrase, not a quotation.”
I forgot to mention marijuana dispensaries as “essential services.” Absolutely! Essential to keep people stoned and unaware of the “fundamental transformation of the U. S.” (Obama) into a totalitarian state. If they are ‘essential,’ how did people live without them a few years ago?" - Bill Vallicella

And there are “righties” that view gun shops and cannabis shops - as essential services. Whether left or right, the bottom line is this.

And President Trump mentioned he wants to open churches ASAP, as essential services. But did you know that the Uniao Do Vegetal from Brazil, won a supreme court case - to practice Ayahuasca in the US, as a church? And Native Americans won a supreme court case, to practice peyote as a religion. (i.e. American Indian religious freedom act)? And churches like ONAC, Peaceful Mountain Way and Soul Quest, are piggybacking on these decisions. And they also will be classified as essential services.

The leftist agenda: to keep people addicted to sex so that they may be more easily controlled. But the Orange Man punches back…

LOL, At 73, to maintain my faithfulness to the Orange Man, I’ve been resisting overdoing sex 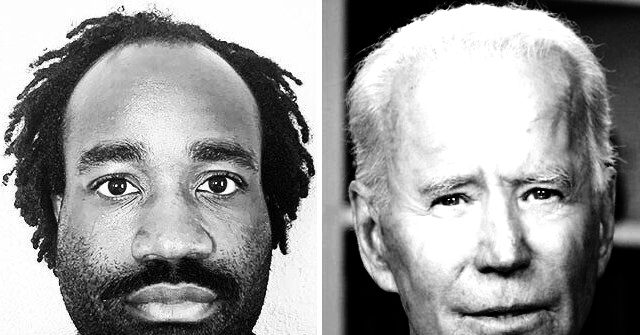 Hudson: A Deplorable Moment for Every Black American in This Country

Biden saying, "You ain't black" if you're on the fence about voting for him over President Trump is beyond insulting. Am I insulted? Hell yes. Am I surprised? Hell no. 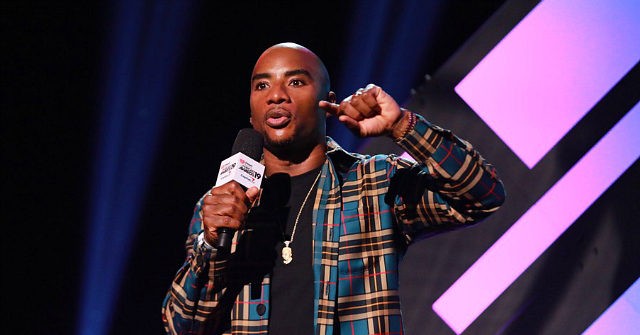 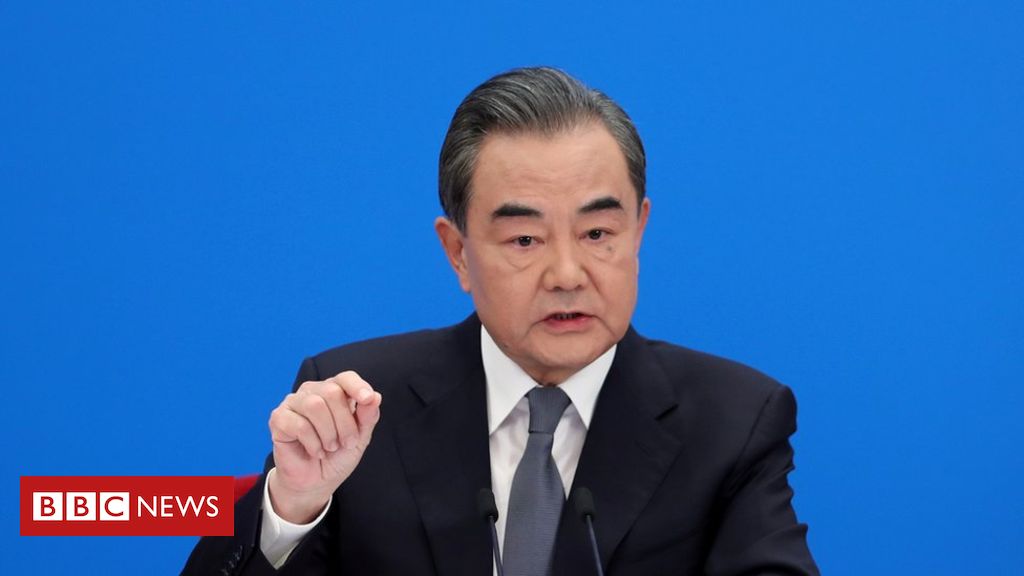 The country's top diplomat hits out at Washington - raising tensions between the two world powers.

And an interesting article, from today’s Patheos’ Catholic newsletter. 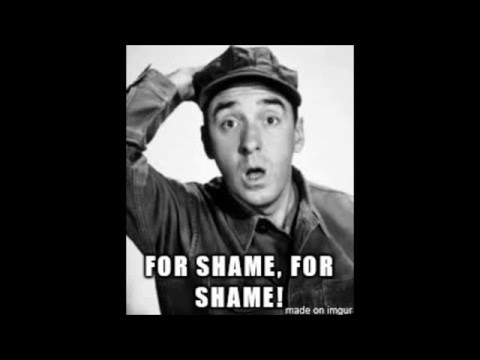 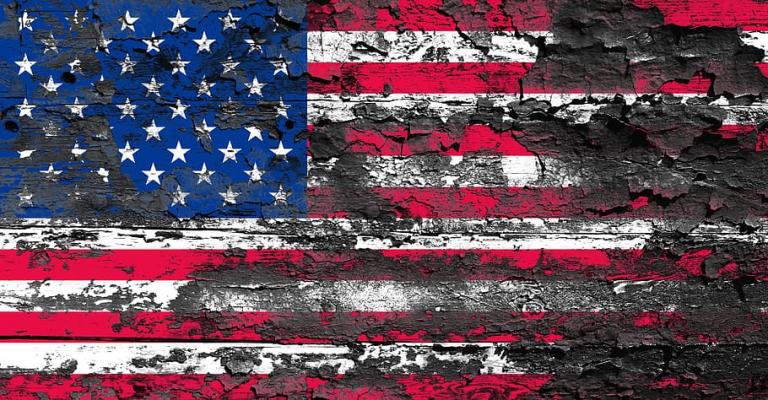 today I am ashamed of the united states of america

How can we call ourselves a “Christian nation” when, instead of standing in collective mourning for nearly one hundred thousand dead in a pandemic, we are instead gleefully clamoring because “the country is opening up!” - or whining and crying...

And I had a REALLY bad day today.

I rear ended a car this morning…

I tell you, it was going to be a REALLY bad day!

The driver got out of the other car, and he was a
DWARF!!

He looked up at me and said “I am NOT Happy!”

That’s how the fight started…

And I had a REALLY bad day today.

I rear ended a car this morning…

I tell you, it was going to be a REALLY bad day!

The driver got out of the other car, and he was a
DWARF!!

He looked up at me and said “I am NOT Happy!”

That’s how the fight started…

I had a really bad day, too.

My psychiatrist told me I was going crazy.

I demanded, “I want a second opinion!”

Here’s a biting criticism of the D.C. Right. Happens to mirror what I’ve been thinking for some time about the “Right”

An Open Letter to the D.C. Right - American Greatness

’m addressing this to several of you whom I know in Washington, D.C. Not all of you, but some of you.  I’ve known you for decades. You’re think-tankers, government officials, political journalists, and pundits. Some of you have been all these...

And folks in the US, flock to the beach. 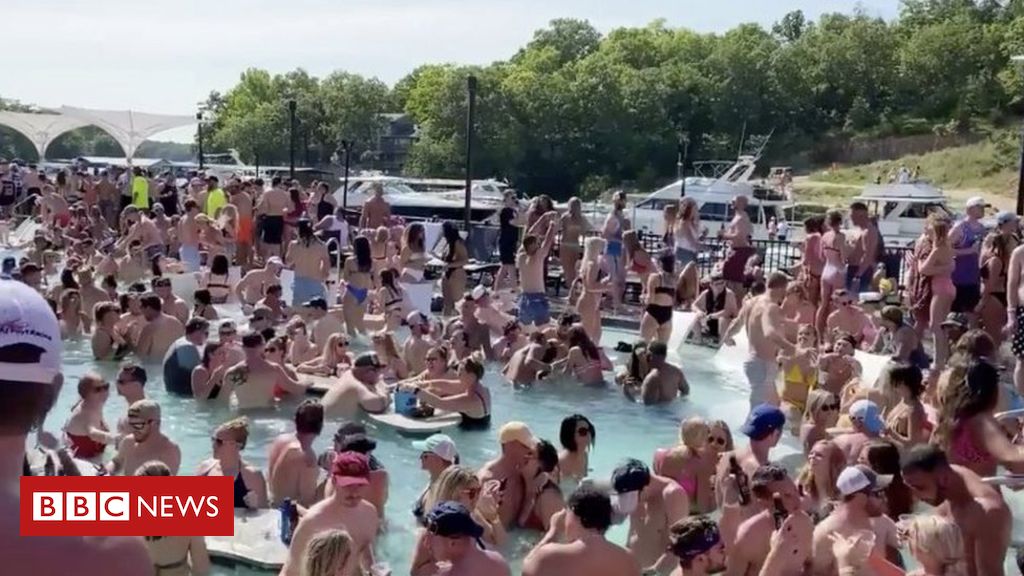 People are seen flouting restrictions on what is known in the US as the unofficial start of summer. 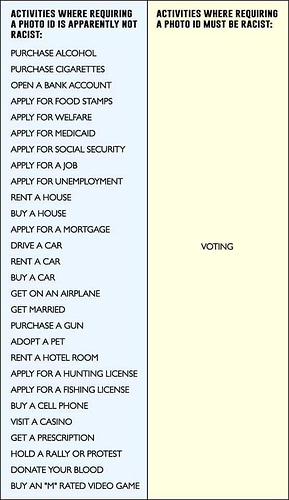 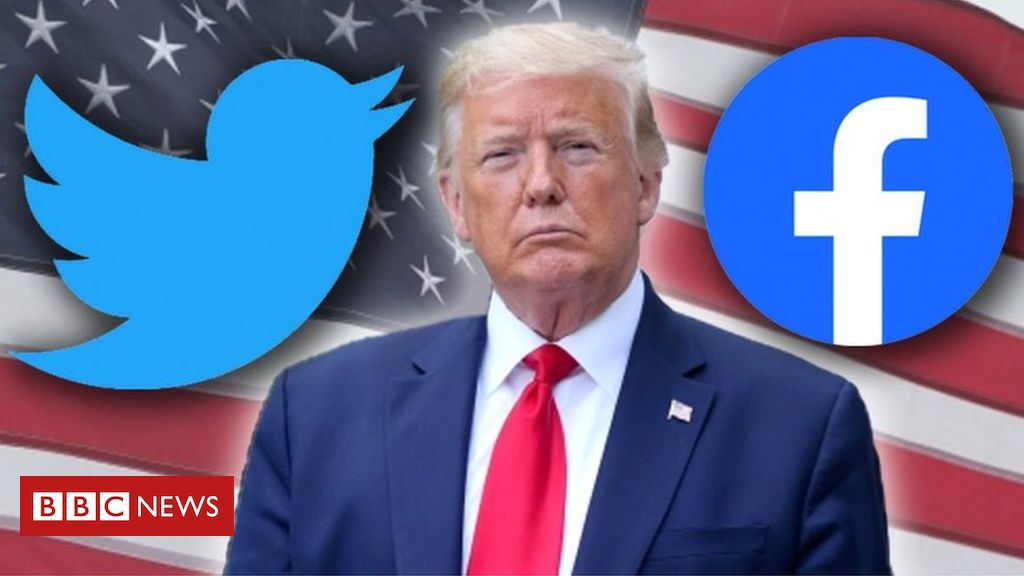 The president claims Twitter is "stifling free speech", after it added fact-check links to his posts.

And I have a new Neal Diamond song, based upon an old favorite of his.

LOL, At 73, to maintain my faithfulness to the Orange Man, I’ve been resisting overdoing sex

I would have thought you were loyal to Kim?