Surrendering And Trusting (Arguing and Faith)

I get caught up in it often, but I must come to see that that quick tempered criticism and power driven argument are not for me. When I stop arguing and trying to figure out the “deep” mysterious paradoxes with my mind then faith arises and my ego deflates. The mind by nature tries to control and analyze instead of see and love. I want my religion to follow Jesus and go into the desert where there is nothing to defend or prove. There’s an interesting saying at Alcoholics Anonymous that I’ve shared before. It’s the acronym E.G.O.

Where love is there is bewilderment and confusion of my either/or mind. Truth deeper than reason begins to permeate my consciousness. The ego which separates me from God is destroyed through accepting paradox and stopping argument. The more I know about God the less I know. At first this was a shock to me. But the sweetness of love has pulled me through. Divine love has taken hold of my heart and now I belong to love.

I guess I can’t make my mind up on controversial issues because there’s more than one reasonable way to look at the issues. Ultimate Reality is paradox. I need to approach these issues with more humility instead of trying to force others to see a certain perspective.

Take for instance eternal punishment. C Stephen Evans argues a reasonable case for what he calls a mild hell to those who are in hell. There will at times be weeping and gnashing of teeth in anger but the people are like the creature Gollum in “The Lord of the Rings”. The longer he has the ring the more corrupt he becomes and doesn’t want to let go of the ring. 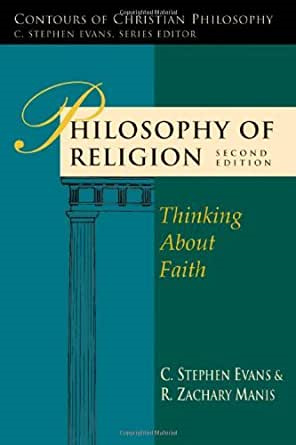 Because peoples hearts are separated from redeeming grace it hardens. The Bible does say God hardens hearts. When the heart hardens we become more corrupt over time. You don’t get better without God’s redeeming mercy. As a result of a hardened heart people in hell would grow accustomed to the environment in hell. Without redeeming mercy on the heart they will not WANT to love God. Moreover, we could say that God’s severe mercy is there in the lake of fire. It puts restraints on people and keeps them from committing evil in the lake of fire. Thus, we see God’s protective love in the lake of fire. Paradoxically His love torments those in hell to keep them from committing evil against one another. But because of hardened hearts they hate God and don’t WANT to have anything to do with Him. Because of hardened hearts they grow accustomed to the living conditions. From the true perspective in heaven it’s horrible but for those who have grown accustomed to it want it. Of course this isn’t the only interpretation of eternal punishment. Robin Parry in “The Evangelical Universalist” gives a view I find attractive.

One could maintain that the devil will be punished forever, but that Lucifer will ultimately be saved. Paul is able to speak of how God saves humans through the putting to death of “the flesh” or the “old person”. The human in rebellion against God is “killed” so that there is a new creation (2 Cor 5:17). According to the tradition, the devil is a fallen angel. The devil, like the “flesh”, must be destroyed forever, because creation has no place for him. But he dies, and Lucifer is reborn as a redeemed angel. It would still be possible to speak of the devil being tormented forever and ever to symbolize this defeat even though no actual being is still in the lake of fire. This goes beyond anything taught in Revelation, but it is one way of trying to reconcile what revelation teaches with what Colossians teaches and I tentatively commend it to the reader. The Evangelical Universalist page 131

One could even harmonize eternal torment with annihilation. One could be annihilated and feel what is called phantom pain. When someone gets a leg or arm cut off they feel a pain where their arm or leg use to be. Well, maybe that’s the tormented forever and ever while they are no more. It wouldn’t be torture because they would grow accustomed to the pain. Or maybe they are nothing in the sense that they have been cut off or purged from the New Creation. The lake of fire is outside of and not part of the “All Things” in Revelation. The Lake of fire is metaphorical. Therefore the turned to ashes and becoming nothing is metaphorical. They are nothing and nobodies. But then they could lose themselves. Self - conscious shame and fear would disappear as they become lost in Christ. They would die to self and be resurrected to new life.

I also like the argument that nobody can be happy in heaven while people are in hell if they are love. Everybody making it to heaven seems a lot better in the end than having some in heaven. But then you have the argument from Jonathan Edwards.

It is a proper and excellent thing for infinite glory to shine forth; and for the same reason, it is proper that the shining forth of God’s glory should be complete; that is, all the parts of His glory should shine forth, that every beauty should be proportionably effulgent, that the beholder may have a proper notion of God. It is not proper that one glory should be exceedingly manifested, and another not at all…Thus it is necessary, that God’s aweful majesty, His authority and dreadful greatness, justice, and holiness, should be manifested. But this could not be, unless sin and punishment had been decreed; so that the shining forth of God’s glory would be very imperfect, both because these parts of divine glory would not shine forth as the others do, and also the glory of His goodness, love, and holiness would be faint without them; nay, they could scarcely shine forth at all. If it were not right that God should permit and punish sin, there could be no manifestation of God’s holiness in hatred of sin, or in showing any preference, in His providence, of godliness before it. There would be no manifestation of God’s grace or true goodness, if there was no sin to be pardoned, no misery to be saved from. How much happiness soever He bestowed, His goodness would not be so much prized and admired…So evil is necessary, in order to the highest happiness of the creature, and the completeness of that communication of God, for which He made the world; because the creature’s happiness consists in the knowledge of God, and the sense of His love. And if the knowledge of Him be imperfect, the happiness of the creature must be proportionably imperfect.

Since God is the beginning and the end then He experiences everything at once. He has therefore been all glorious since creation. There’s probably different views on this and people would disagree with some things but that just shows the argument isn’t certain. An argument can be:

The argument is sound and is therefore reasonable. Just as reasonable as the other view.

After studying the scriptures for and against Christian universalism I have to say that a good case can be made for it’s rational permissibility from the scriptures. For the scriptures can be taken this way or that way depending on one’s starting point and assumptions on this issue. Our starting point, assumptions, and emotional biases will cause us to explain away those passages that seem to contradict our position. We simply cannot get the view from nowhere. Reason is situated, located, embodied in this person at this time and in this place. It is moved by our biases and emotions to attend to this sort of evidence and to ignore that sort of evidence. From what I can see, if you want universalism to be true then, yes, “the evidence” is perfectly clear and there is much of it. If I believe in bigfoot I see lots of evidence for bigfoot. The trouble is with the prior conviction and how it creates an epistemological filter, literally creates the evidence you want to see. It’s called confirmation bias. Can we show from scripture that universalists are in an epistemically superior position? I don’t know. We don’t have belief independent access to all the factors that condition our acceptance or rejection of all the relevant passages. I know it’s just as reasonable position as the others based on the scripture and the fact of religious diversity and peoples beliefs and the problem of suffering I am forced to say it’s not the only reasonable position but the most reasonable position. Reality forces me to accept it.

Reality forces me to accept some form of Christian Universalism. I also include the arguments from Natural Theology and evidence for the resurrection of Christ. When it’s all said and done I believe Christian universalism is the most reasonable worldview. But there’s more. I’ve also undergone a change in my life at times where a Creator of the universe just seemed real. I lose myself in love. I can look people in the eye and communicate with them now. I haven’t been able to do this my whole life. This along with the other considerations I think I am justified and warranted in believing in a form of Christian Universalism. Like when they had evidence that the earth was round but not absolute proof. When we experienced the spherical earth it then became a fact of knowledge. Just like I have knowledge that I’m drinking a Reign energy drink right now. You don’t have this knowledge but it’s true for me. Alvin Plantinga has developed this. I wrote about it here here:

Alvin Plantinga has developed a model where basic Christian belief can be rational and warranted. I will outline it here. For a better and more in depth treatment see “Warranted Christian Belief”. According to the model humans have fallen into sin and this has disrupted or clouded our awareness of God. It affects not only our rational faculties but our affections as well. They have malfunctioned or are to some degree dysfunctional (some worse than others). When these faculties are functioning properly (the way they ought) we will come to sense God’s presence. Not only from looking at a beautiful sunset but the beautiful Christ in the Gospel as well. When things go as they ought to (according to a design plan) we will love God above all else and our neighbor as our self. The Holy Spirit produces within that firm and certain knowledge (faith) that we are loved by Christ. When held firmly enough these beliefs will constitute knowledge. Because the beliefs and affections are functioning properly according to a design plan successfully aimed at the production of true belief we are justified and rational in holding our beliefs. Plantinga doesn’t claim to argue or prove that God exists or that Christianity is true. These beliefs just rise up within. But FOR THOSE who have changed and love God above all else and their neighbor as their self their beliefs and faith in Christ have warrant FOR THEM and they are rational in holding them. That is, they are functioning properly according to a design plan. God’s design plan. And are therefore rational.