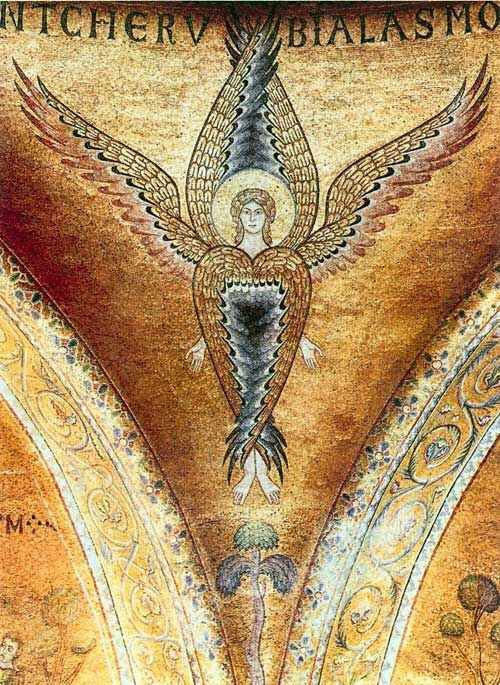 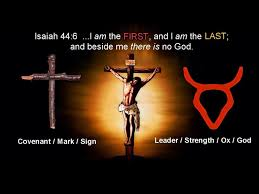 Between the aleph and the tav runs the blood of the Lamb, the abundant river of aeonian life, the salvation of the world. 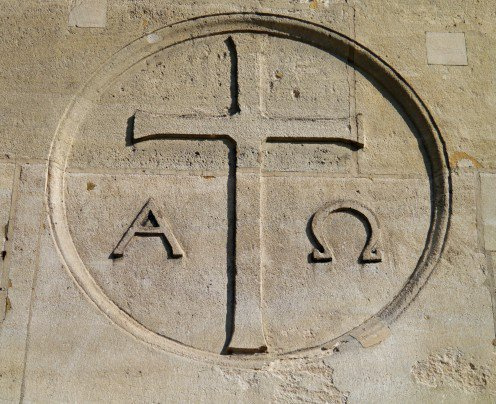 My friends: Our God is the Beginning & the Ending. The entire mass of the heavens, the earth and the underworld are consummated in Him.

"And when I looked, behold the four wheels by the cherubim, one wheel by one cherub, and another wheel by another cherub: and the appearance of the wheels was as the colour of a beryl stone/ tarshish stone.

And as for their appearances, they four had one likeness, as if a wheel had been in the midst of a wheel.

As for the wheels, it was cried unto them in my hearing.

And the cherubim were lifted up. This is the living creature that I saw by the river of Chebar.

‘Holy, holy, holy is the LORD Almighty; the whole earth is full of his glory.’

‘Woe to me!’ I cried. ‘I am ruined’! For I am a man of unclean lips, and I live among a people of unclean lips, my eyes have seen the King, the LORD Almighty.’ Then one of the seraphim flew to me with a live coal in his hand, which he had taken with tongs from the altar. With it he touched my mouth and said, ‘See, this has touched your lips; your guilt is taken away.’

The Aleph-Tav (et) is a word in Hebrew that is not translated into English.

It is one of the most used words in the Old Testament. So it seems like the fingerprint of Jesus is all over it. Aleph being God, strength, and Tav being Covenant, or cross, it can mean God on a cross but also strength of the covenant (pictographically). But in Hebrew it’s ‘just’ a grammatical pointer connecting the active verb to an active noun.