The Difference Between Self-Defeat and Paradox

A paradox is two truths that clash. They seem contradictory but can be experienced in different frames of reference. An example is Divine Sovereignty and human responsibility or quantum mechanics and General Relativity. Paradoxes are both/and. To use either/or logic when confronted with a paradox is known as the either/or fallacy. Logic uses BOTH either/ or AND both/and A self defeating statement however loops back on itself and self-destructs. An example is uttering this statement in English:

I cannot speak a word of English

This is obviously self-defeating because when I deny the ability to speak a word of English in English I’m using English in the denial. Such a claim shouldn’t be believed. This is the difference between Self-destruction and paradox.

A paradox is an apparent contradiction, something that seems contradictory but has the possibility of resolution when examined in all possibly existing time, space, and contextual frames of reference. An example would be a man aging only 30 years as he makes a round trip to the Andromeda Galaxy at relativistic velocity while back home his friends on earth would experience the passing of 4 million years. It depends on the frame of reference or context you are in. You can experience paradoxes from different frames of reference. Here’s an example from Proverbs:

On the one hand it says answer NOT a fool according to his folly. Yet in the next sentence it tells us TO answer a fool according to his folly. It depends on the context and frame of reference you are in. What is logically contradictory can be seen to be true within different frames of reference. It depends on the perspective. Take the contradiction:

In a 2 dimensional reality triangles cannot be circles. But if we add an extra dimension of space a triangle can be rotated on it’s axis. In a different frame of reference we get: 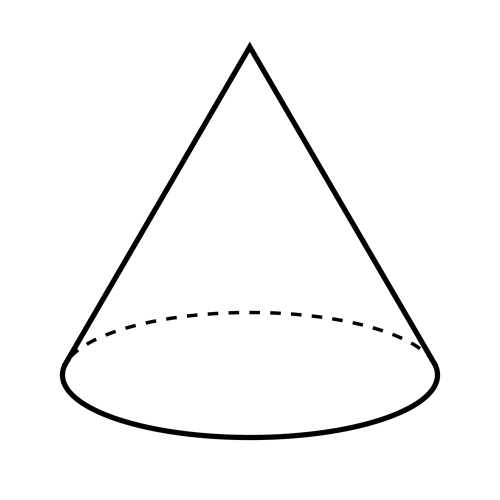 Beyond the Cosmos brings the reality of God more fully before our minds and helps us love him with our whole being. We cannot love or believe a blank, but many parts of God s revelation of himself and his world remain little more than a blank until qualified and gifted teachers lead us to a greater clarity. Hugh Ross does that, giving the most difficult ideas in Christian teachings gripping new relevance to the realities of time and eternity. --Dallas Willard, professor of philosophy, University of Southern California

HOW CAN IT BE?

How can my choices be totally free if God is in control of all things at all times and knows the end from the beginning?

How can God hear my prayers while listening to billions of others around the world at the exact same time moment?

How can God be all-powerful and all-loving yet allow so much suffering and evil?

These complex paradoxes hold far-reaching implications that have troubled people for centuries. Drawing on biblical teaching and scientific evidence that supports it, Hugh Ross invites us to know and experience God in a way we may never have considered before. As a result, our love and appreciation for God will be dramatically deepened, and the way we relate to him and to others both believers and nonbelievers will be changed forever, for good. 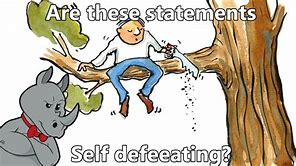 I know the Bible is God’s word by the self-authenticating glory that is revealed. The main part of Christ’s Beauty is the lion and lamb paradox. This glory is revealed not only through Christ in the Gospel but is interlaced throughout the Bible as well as reality. The evidence brings a transformation of mind and heart:

“Beholding the glory of the Lord, we are being transformed into the same image from one degree of glory to another.”~~ 2 Corinthians 3:18

This intuitive awareness and knowledge is mediated through the words of the Bible. It’s not in the words themselves but the meaning of properly understood revelation. The brightness of the beauty of the diamond is in the face of Jesus Christ. That is to say, the nondual paradox and mystery for Christians is a living Person (Christ). He is very God and very human. In Him all cosmic opposites are reconciled. It’s about becoming open to the opposites we find in Christ. It is here that we can begin to hold the opposites together in our self. A few examples from Jonathan Edwards:

We admire Him for His uncompromising justice, but even more because it is mingle with His mercy

We admire Him for His majesty, but even more because it is a majesty in meekness

We admire Him for His equality with God, but even more because as God’s equal He nevertheless has a deep reverence for God

We admire Him because of how worthy He was of all good, but even more because this was accompanied by an amazing patience to suffer evil

We admire Him because of His Lordship over the world, but even more because this was clothed with a spirit of obedience and submission

We love the way He stumped the proud scribes with His wisdom, and we love it even more because He could be simple enough to spend time with children

The purest and most exalted image of Christ is the fused together of extreme opposites. This is the highest expression of the Beautiful. It is a splendor arising out of unity in diversity. The greater the diversity the more profound the unity and the more extraordinary the Beauty.

Within Christ opposites unite and come together. He’s a lion like lamb and a lamb like lion. He is infinitely great yet meets people where they are and is simple enough to talk to children. The glory of Christ is His beautiful outshining radiance of His high holiness. We also see His glory shine in His love and humble lowliness for the outcasts, mentally ill, poor, prostitutes, alcoholics, elderly and the other needy ones the world just loves to hate. In fact it is these that He came for. He came for the sick. Of course, not everyone sees this glory. Different people find different things beautiful and are attracted to different things. But when God opens the eyes of our hearts to see and feel the beautiful compassion and mercy of Christ in it’s wonder of humble holiness we will extremely admire this beauty. The more we admire the paradox of self-giving love the more we will reflect it. We can say it this way: Christ is highly exalted because of His lowly meekness and care for the needy. In fact, He said whatever you do to them you do to Him. Closer union is achieved through charity. For faith without works is dead. This is loving God with all our heart soul and mind. 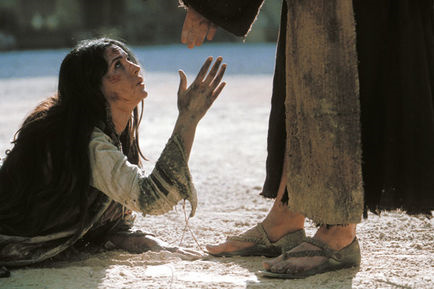 We see this glory as Christ saves the outcasts in the Lake of fire. The paradox of the glory of Christ is His beautiful outshining radiance of His high holiness. We also see His glory shine in His love and humble lowliness for the outcasts. Jesus has always had compassion for the outcasts. The first are last and the last are first. The outcasts of the new creation will experience shame outside the gates in the lake of fire. But Jesus was always for healing the shamed outcasts. I guess the main reason I’m a Christian Universalist is because it brings God the most glory. According to Jonathan Edwards:

God is glorified not only by His glory’s being seen, but by its being rejoiced in

When those that see it delight in it, God is more glorified than if they only see it. Therefore, God is most glorified if everybody sees His glory and rejoices in it instead of being miserable in hell. The old sinful self (ego) is “tormented” forever in hell. The Devil is punished forever, not Lucifer. Therefore, the manifestation of God glory in His hatred of sin goes on forever.

It is a proper and excellent thing for infinite glory to shine forth; and for the same reason, it is proper that the shining forth of God’s glory should be complete; that is, all the parts of His glory should shine forth, that every beauty should be proportionably effulgent, that the beholder may have a proper notion of God. It is not proper that one glory should be exceedingly manifested, and another not at all…Thus it is necessary, that God’s aweful majesty, His authority and dreadful greatness, justice, and holiness, should be manifested. But this could not be, unless sin and punishment had been decreed; so that the shining forth of God’s glory would be very imperfect, both because these parts of divine glory would not shine forth as the others do, and also the glory of His goodness, love, and holiness would be faint without them; nay, they could scarcely shine forth at all. If it were not right that God should permit and punish sin, there could be no manifestation of God’s holiness in hatred of sin, or in showing any preference, in His providence, of godliness before it. There would be no manifestation of God’s grace or true goodness, if there was no sin to be pardoned, no misery to be saved from. How much happiness soever He bestowed, His goodness would not be so much prized and admired…So evil is necessary, in order to the highest happiness of the creature, and the completeness of that communication of God, for which He made the world; because the creature’s happiness consists in the knowledge of God, and the sense of His love. And if the knowledge of Him be imperfect, the happiness of the creature must be proportionably imperfect. ~~ Jonathan Edwards

The view that gives God the most glory is the true interpretation. In his book “The Evangelical Universalist” Robin Parry gives this view. It is the correct view for God is most glorified.

One could maintain that the devil will be punished forever, but that Lucifer will ultimately be saved. Paul is able to speak of how God saves humans through the putting to death of “the flesh” or the “old person”. The human in rebellion against God is “killed” so that there is a new creation (2 Cor 5:17). According to the tradition, the devil is a fallen angel. The devil, like the “flesh”, must be destroyed forever, because creation has no place for him. But he dies, and Lucifer is reborn as a redeemed angel. It would still be possible to speak of the devil being tormented forever and ever to symbolize this defeat even though no actual being is still in the lake of fire. This goes beyond anything taught in Revelation, but it is one way of trying to reconcile what revelation teaches with what Colossians teaches and I tentatively commend it to the reader. The Evangelical Universalist page 131