The Matthew Principle and Social Darwinism of Jordan Peterson

In his book and lectures, Jordan Peterson uses the example of the behavior patterns of lobsters and applies it to the behavior of human beings. He fails to take into consideration the uniqueness of those in the image of God and Christ’s example of transcending nature and our animal instincts. He tries to justify his social Darwinism with a parable from the Bible. The Bible’s parable of talents is about gifts and talents endowed by the Holy Spirit through grace. The analogy used in the parable is with money and this causes Peterson to apply it to the financial realm in politics. The Matthew effect of accumulated advantage , described in sociology, is a phenomenon sometimes summarized by the adage that the rich get richer and the poor get poorer. The concept is applicable to matters of fame or status, but may also be applied literally to cumulative advantage of economic capital.

Matthew 25:29: “For unto every one that hath shall be given, and he shall have abundance: but from him that hath not shall be taken away even that which he hath.” (KJV)

Taken out of context, this is used to justify conservatives like him and Trump to take away from the poor and disabled and give to the rich. Jesus warned against social Darwinism:

Then shall he say also unto them on the left hand, Depart from me, ye cursed, into everlasting fire, prepared for the devil and his angels:

I was a stranger, and ye took me not in: naked, and ye clothed me not: sick, and in prison, and ye visited me not.

Then shall they also answer him, saying, Lord, when saw we thee an hungered, or athirst, or a stranger, or naked, or sick, or in prison, and did not minister unto thee?

Luke 14:12-13 Then Jesus said to his host, "When you give a luncheon or dinner, do not invite your friends , your brothers or sisters, your relatives, or your rich neighbors; if you do, they may invite you back and so you will be repaid. But when you give a banquet, invite the poor, the crippled, the lame, the blind, and you will be blessed. Although they cannot repay you, you will be repaid at the resurrection of the righteous.”

Indeed, it was C.S. Lewis in “Mere Christianity” who stated:

In the passage where the New Testament says that everyone must work, it gives a reason ‘in order that he may have something to give to those in need’. Charity - giving to the poor - is an essential part of Christian morality: in the frightening parable of the sheep and the goats it seems to be a point on which everything turns. Some people nowadays say that charity ought to be unnecessary and that instead of giving to the poor we ought to be producing a society in which there is no poor to give to. They may be quite right in saying that we ought to produce this kind of society. But if anyone thinks that, as a consequence, you can stop giving in the meantime, then he has parted company with all Christian morality. ~~ C.S. Lewis 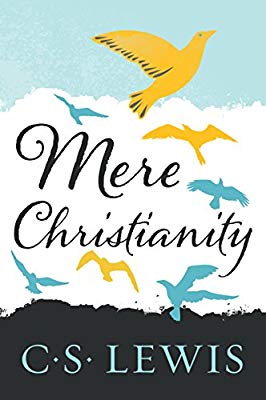 Jordan Peterson is teaching a false Gospel. All through his writings and lectures he tries to blend Darwinism, The Bible, psychology and conservativism. For a good critique of Theistic Evolution by specialists in the fields see:

I think I know what lecture your talking about. I dont remember the exact lecture, but I understood it in a different context. From what I remember, Dr. Peterson only referenced Matt 25:29 to explain the economic theory known as the Matthew theory. I dont think he was advocating it or saying it was good, or that this was justification to steal from the poor to give to the rich. I think he was pointing out what often happens with economic systems. I dont know if he is wholly right, as what I find he is speaking of is Corporatism instead of Capitalism. Long story short, corporatism is when businesses manipulate the state to make profit while capitalism makes profit without government assistance. Plus, I dont think Peterson has anything against giving to charity, only that the Government is not a good entity to act as a charity. Plus, much of the context is about Communism, and how Totalitarian societies operate.

still capitalism; the means of production are still primarily privately held. I think what you narrowly define as “capitalism” is libertarianism, which is simply the ideological rationalization of greed.

In a sense. But I did mean a libertarian form of Capitalism, probably similar to Austrian Economics.

If anyone is interested here’s a book written by a sociologist that talks about the Matthew effect. He shows how it doesn’t always operate like Peterson says. You can have a relative Mathew Effect where the hierarchy stays and the inequality grow while everyone moves up the scale or increases in wealth. This is what has happened in America over the past 40 years. The poor aren’t getting poorer.

The old saying does often seem to hold true: the rich get richer while the poor get poorer, creating a widening gap between those who have more and those who have less. The sociologist Robert K. Merton called this phenomenon the Matthew effect, named after a passage in the gospel of Matthew. Yet the more closely we examine the sociological effects of this principle, the more complicated the idea becomes. Initial advantage doesn’t always lead to further advantage, and disadvantage doesn’t necessarily translate into failure. Does this theory need to be revisited?

Merton’s arguments have significant implications for our conceptions of equality and justice, and they challenge our beliefs about culture, education, and public policy. His hypothesis has been examined across a variety of social arenas, including science, technology, politics, and schooling, to see if, in fact, advantage begets further advantage. Daniel Rigney is the first to evaluate Merton’s theory of cumulative advantage extensively, considering both the conditions that uphold the Matthew effect and the circumstances that cause it to fail. He explores whether growing inequality is beyond human control or disparity is socially constructed and subject to change. Reexamining our core assumptions about society, Rigney causes us to rethink the sources of inequity.