What books are our members reading? Post updates freely! {g}

A tidbit from his commentary on Rev. 17:

Ok, finished that one - it’s very short. Some good food for thought.
Still cannot sleep, so downloaded another freebie by Jordan - 43 pages, basically a long essay.
From the intro: notice the phrase “next several thousand years”. !!!
Sorry about the large font - this is a picture file, not a Word file, so I can’t change the size.

From the intro: notice the phrase “next several thousand years”. !!!

Yep, this reflects Jordan’s postmillennialism… which long-term positivity was a key aspect of that view that grabbed me and led me to giving up my inherited amillennial stance — both somewhat similar with their interpretive genre, BUT poles apart when it came to future victorious expectations; with my former view being far more in-line with pessimistic down-in-the-mouth ‘this world is getting worse and worse and I’m just waiting for Jesus to come and rescue me out of here’ premillennialism.

Jesus didn’t come to start a new religion, but to finish an old one. Here’s a another really thought-provoking podcast on Romans 9—11 from ’Irrovocable’

Each week we produce a weekly podcast on Integral Theology. Stay connected by subscribing on SoundCloud or iTunes.

I gave it a listen and yeah, it certainly is thought-provoking.

I just reread this book: 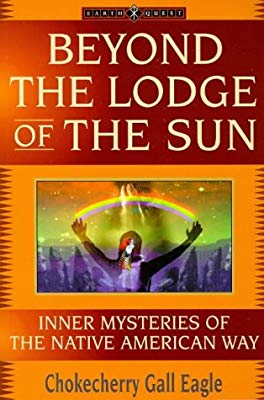 Beyond the Lodge of the Sun: Inner Mysteries of the Native American Way (The "Earth Quest" Series) 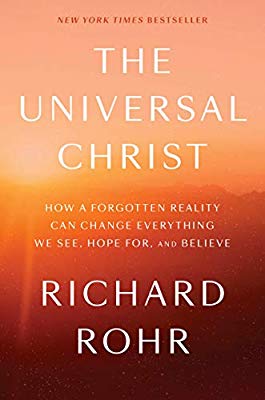 The Universal Christ: How a Forgotten Reality Can Change Everything We See, Hope For, and Believe

Both books have interesting perspectives on Christ (as well as Native American spirituality, in the first one).

This is thought-provoking also. From an essay on Charles Taylor’s The Secular Age:
sorry about the font 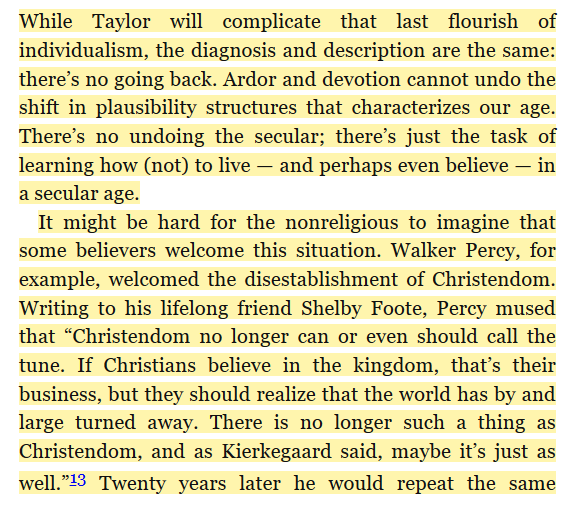 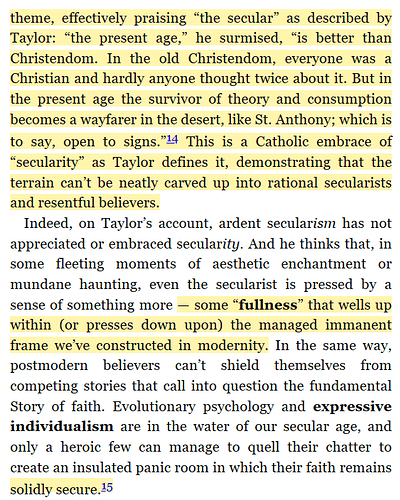 I am not that much of a book reader out side of the bible. The last book I read was a presentation for Annihilationism by Edward William Fudge, in his book [The Fire That Consumes.] My reading of this book was at a time when I was Questioning E/T, and his biblical presentation of total annihilationism seemed a pretty attractive proposal over E/T. But it was Mr Fudges own comments on E/U that furthered me to leave behind his very own presentation. Speaking of Evangelical Universalism Mr Fudge says :- …

“ This evangelical universalism cannot be so easily dismissed, for it affirms the awfulness of sin, the requirement of atonement, the uniqueness of Jesus Christ, the reality of final judgment and the necessity of hell “

I am not that much of a book reader out side of the bible.

This is interesting as I have been, because of my studies, trying not to read the Bible. (this will be bad…)
And the focus of my reading has been on human development. Progression of the human race is an interesting study. And it really has some eye opening and interesting topics. If you are interested, check out integral theory. You will be blessed.
So my book reading today is T.E.Lawrence, ‘Seven Pillars Of Wisdom’ which has little to do with wisdom in the common sense, but much to do with the understanding of the Arab’s fight in the first world war. 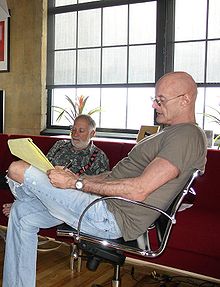 Kenneth Earl Wilber II (born January 31, 1949) is an American writer on transpersonal psychology and his own integral theory, a systematic philosophy which suggests the synthesis of all human knowledge and experience. Wilber was born in 1949 in Oklahoma City. In 1967 he enrolled as a pre-med student at Duke University. He became inspired, like many of his generation, by Eastern literature, particularly the Tao Te Ching. He left Duke and enrolled at the University of Nebraska at Lincoln, but afte...

Yes, Ken Wilber is a proponent of the integral theory, and his book ‘A Theory of Everything’ explains fairly well But also is the subject (Which Wliber touches on in this book) of spiral dynamics, which in a nutshell, re examines human evolution. The Idea was originally introduced by Clare Graves, and was carried on by two chaps, Don Beck and Christopher Cowan. Great stuff!

Each week we produce a weekly podcast on Integral Theology. Stay connected by subscribing on SoundCloud or iTunes.

I am presently reading David Bentley Hart’s “That All Shall Be Saved”. It’s taking me some time to read because I have to look up the meaning of many of the words he uses! - and he’s writing in English, not Greek. That’s my only negative about his writing.

The great fourth-century church father Basil of Caesarea once observed that, in his time, most Christians believed that hell was not everlasting, and that all would eventually attain salvation. But today, this view is no longer prevalent within Christian communities.

In this momentous book, David Bentley Hart makes the case that nearly two millennia of dogmatic tradition have misled readers on the crucial matter of universal salvation. On the basis of the earliest Christian writings, theological tradition, scripture, and logic, Hart argues that if God is the good creator of all, he is the savior of all, without fail. And if he is not the savior of all, the Kingdom is only a dream, and creation something considerably worse than a nightmare. But it is not so. There is no such thing as eternal damnation; all will be saved. With great rhetorical power, wit, and emotional range, Hart offers a new perspective on one of Christianity’s most important themes.

David Bentley Hart is an Eastern Orthodox scholar of religion, and a philosopher, writer, and cultural commentator. His books include The Experience of God and The New Testament.

Norm - please keep us posted on your thoughts about the book. I agree that his vocabulary can be challenging!

I’m reading Blackjack for Blood! Really good and I was thinking maybe the blood part has something to do with Christ!

I am now reading ‘Seven Pillars Of Wisdom’ by T.E. Lawrence. The intro does say not much for pillars of wisdom, but it is a good read… The Arabic war during WW1. Interesting reading.

he’s writing in English, not Greek. That’s my only negative about his writing.

Norm. are you fluent in the Greek?

Norm. are you fluent in the Greek?

I’m not even fluent in English!

I’m not even fluent in English!