Where (if anywhere) do you go to church?

I go to an American Baptist Church. The church was founded many years ago as a Regualr Baptist (iow, Calvinist) church a century and a half ago, but has drifted to being a pretty tolerant church open to pretty much any kind of Christian, with the ironic exception of Calvinism (the pastor is pretty condemning of Calvinism). The Pastor is even sympathetic of Universalism.

This topic might also be of interest: Evangelical Universalists Survey: What denomination are you?

My family is part of a conservative, independent Bible church with a traditional evangelical theology.

I was sprinkled a Presbyterian, dunked a Baptist, had dancing shoes as an AoG, and married in Catholic.

I’m most at peace now in Episcopal.

Nowhere really. I may drop by some random church once in a while.

Even in the great SoCal area I cant find anything. In fact I was sort-of removed from my Driscoll-Piper-esque church recently for my aberrant conclusions regarding scripture. I am not holding out much hope of finding a church of suitable doctrine that still has the traditional format I have learned to feel comfortable in.

Sometimes I now attend a church in the area that was historically built on Calvinism but has developed into something that no longer carries that banner as strongly (if at all) and is open to parishioners having a wider variety of views (I think). This can be both both good and bad. In any case I enjoy the people and its very hard to break the habit of traditional-style church gatherings.

I go to the church that happens to be geographically closest to where we live. I’ve put up with lots of nonsense from them over the years, and they’ve put up with lots of nonsense from me. We not given a choice of family to be born into. Part of the serious work of being a Christian is learning to get along with other Christians, even the odious ones.

My family and I are looking for a church. We found one about 30 minutes from us who’s statement of faith was not exclusive of UR, but after a few weeks we saw that the relationships just were not happening. So we’ve attended a contemporary Nazarene church for a few weeks now. The relationships are starting to form so I’ll likely soon meet with the pastor and see if they are desirous of me being an active member even though I believe Jesus really is the savior of all humanity, the reconcilor of all creation! We’ll see, but I’m not holding my breath.

Sherman, do you mean a Christian Jewish congregation? I’m interested in those, but we don’t have any around here.

Allan, I still regard the local First Baptist as “my” church as my parents attend there, even though I’ve attended other Southern Baptist churches for years. I probably always will.

(I was furious and ashamed that we had invited a mission group to use our facilities one weekend yet no one from our church, much less anyone authoritative, was there to help them but my mother and I–who had to leave, because we were there on other business! Our pastor, who lives down the block, eventually showed up, but by the time we left we still hadn’t seen hide or hair of him even though his vehicle was there.

Notice that I keep saying “we” and “our”…

I can be very territorially protective of my home church. No doubt our pastor was off doing something important, but it was still a bad failure of hospitality and support.)

Sherman, do you mean a Christian Jewish congregation? I’m interested in those, but we don’t have any around here.

No, the Church of the Nazarene is a Protestant denomination in the Wesleyan-Holiness tradition. The denomination’s statement of faith affirms that the finally impenitent shall suffer eternally in Hell. “Technically” I could say that such is a possibility “IF” someone ultimately did not bow their knee and confess that Jesus is Lord. I just have faith in Jesus that ultimately all shall repent and thus there shall be no impenitent.

Our involvement with this church hangs on whether the pastor and key leaders will accept me fully as a participating member (no gag order). So I’ll likely be having lunch with the pastors soon. Many local congregations are moving away from a strict adherance to their denomination’s restrictive statement of faith.

We don’t have a Messianic congregation close to us. I’d be interested in visiting them if we did. Jewish believers have such a rich history and tradition.

Ive been popping into a community Church. Non Denominational I guess. It’s really really modern. Full band with drums guitars keyboards etc. Excessivly cool artwork on stage for every series. Bigtime use of Videos and dramas. Usually I am not fulfilled in this type of church as I find it a little man made vs God made.A little self indulgent. But this Church puts a huge emphasis on giving back to the community and the poor and coming as you are. They purposely dress down in jeans from the Pastors to the lay people, even though the people clearly have more money than your average folk. The pastors hearts are humble and project the love of God, so that is why I keep going back.

Next week they start a series on heaven and hell. I may sit that one out.

Don’t know if I can take hearing the same old regurgitated Hell tradition that’s been passed down to the Church. Ill catch those sermons online afterwards just out of hope that they may present a possible Universalist perspective as “possible”.

I’ve been at the same Baptist church for 20 years. I started to ask questions about 7 or 8 years ago and it changed my relationship with some of the leaders. Oh well. I think they still love me but don’t want to discuss much with me. I kinda feel like an outsider. I’m involved with the music but haven’t been asked to teach since I started asking questions.

I’m happy to say we’ve connected with a few couples and have met the past 3 weeks at a house. Its been great, we have the Lords supper aka eat a meal together, pray, sing a little, discuss as we’re led. Weaving our hearts together in the bond of love.

That is so cool! I’m so happy for you, and will be praying for your little group. It’s not an easy journey, but so very, very worth it. 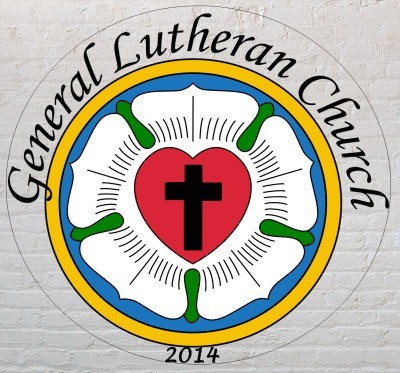 What is “church”? A man-made institution?

The word “church” does not occur in the New Testament—although the Greek word “εκκλησια” is mistranslated.as such. This word actually means “assembly.”

But when they recognized that he (Paul) was a Jew, for about two hours they all cried out with one voice, “Great is Artemis of the Ephesians!”

And when the town clerk had quieted the crowd, he said, “Men of Ephesus, who is there who does not know that the city of the Ephesians is temple keeper of the great Artemis, and of the sacred stone that fell from the sky? Seeing then that these things cannot be denied, you ought to be quiet and do nothing rash. For you have brought these men here who are neither sacrilegious nor blasphemers of our goddess. If therefore Demetrius and the craftsmen with him have a complaint against anyone, the courts are open, and there are proconsuls. Let them bring charges against one another. But if you seek anything further, it shall be settled in the regular assembly. For we really are in danger of being charged with rioting today, since there is no cause that we can give to justify this commotion.” And when he had said these things, he dismissed the assembly.

Would it make sense to translate “εκκλησια” as “church” in that last sentence? These worshippers of the goddess Artemis were a long way from being a “church” in the sense that the word is used today.

But to answer the question, I do not go to church. But I do meet with fellow disciples as a part of a Christian assembly.